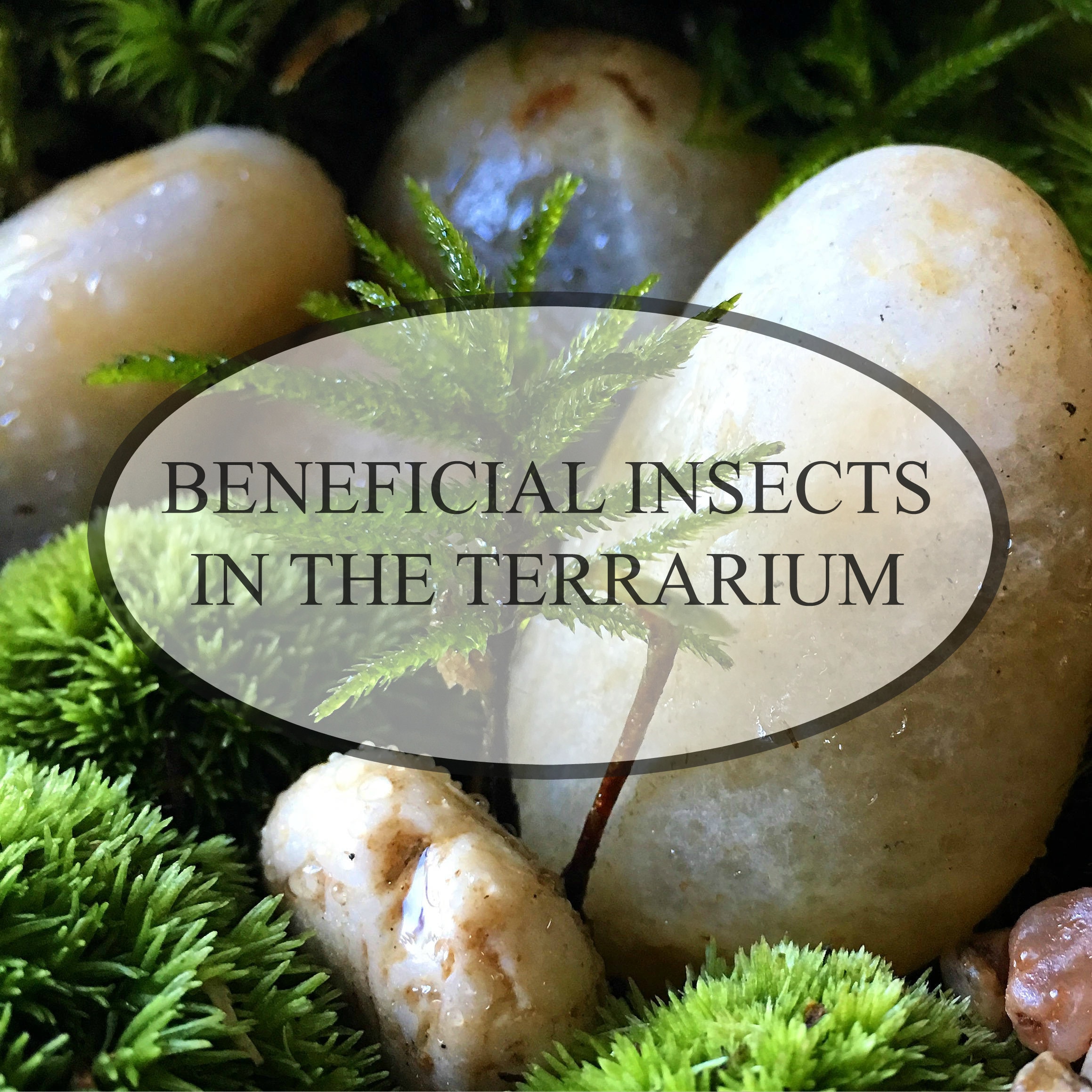 Beneficial Insects in the Terrarium

When most people think about bugs crawling around in their terrarium they get grossed out, asking me "how do I kill them?!". Little do they know most tiny insects do no harm at all. In fact they can be very beneficial and contribute to a thriving terrarium with bright green, healthy moss.

One of the most desired critters in a terrarium are springtails. These itty bitty insects can be a variety of colors, but are usually white or tan and somewhat hard to see. You may see evidence of them, but they usually stay in the soil during daylight hours. 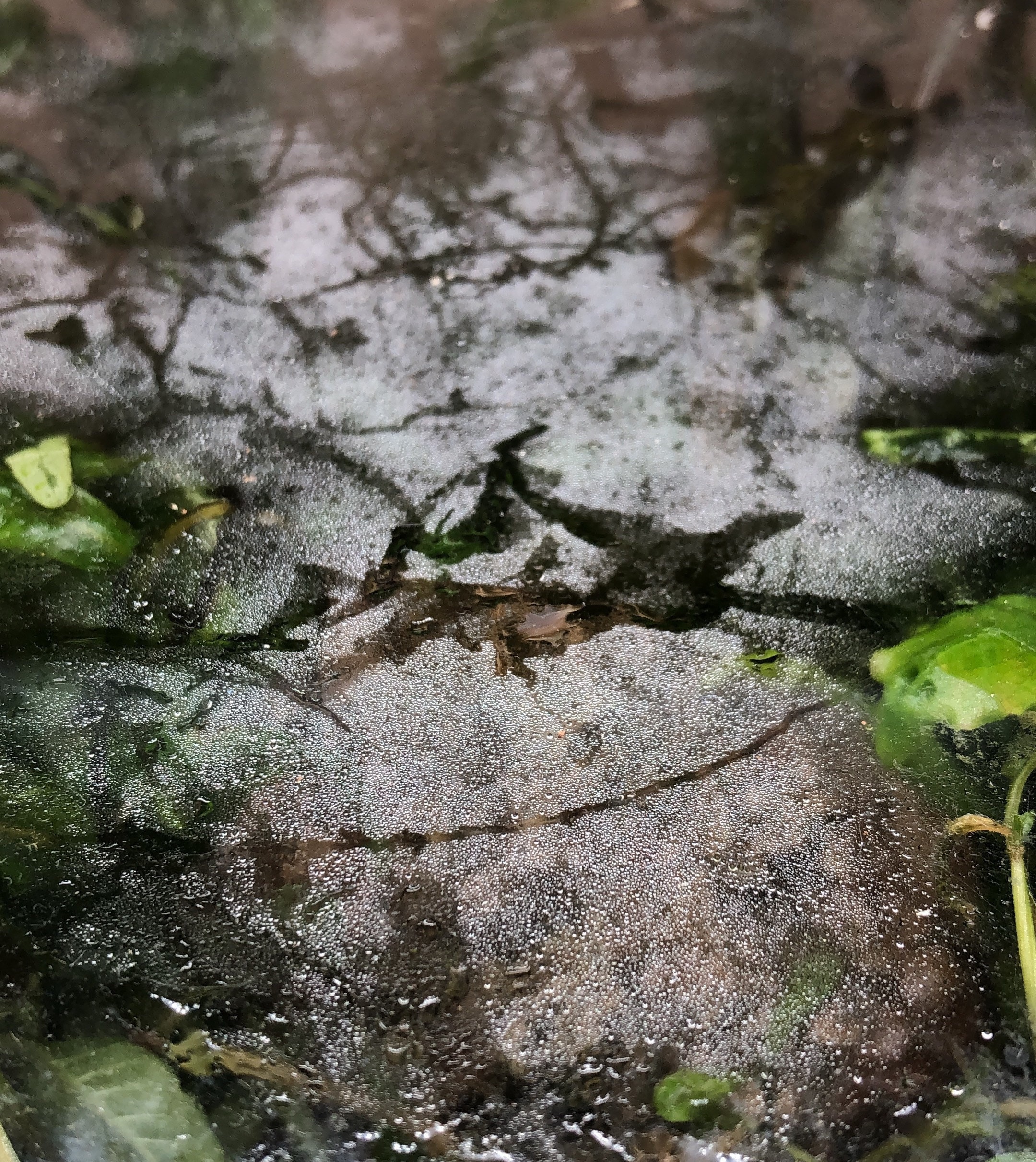 Above: trails in the condensation are evidence of beneficial insects

So why are springtails so desirable?  Because they help combat and eliminate the most common terrarium problem: mold. They feed off of mold and dead vegetation and therefore make for a great cleanup crew. Springtail cultures can even be purchased online from many websites specializing in vivariums. These are by far my favorite beneficial bugs and I welcome them in my own terrariums.

Millipedes: If you see a tiny millipede (an arthropod, not technically an insect) in your terrarium do not fret! They are good little scavengers that eat decaying wood, leaves, and other undesirables.

Isopods (Pillbugs): These are also scavengers that will eat decaying plant matter. They are not harmful, but may be too large for many peoples tastes.

Worms: Although worms are beneficial helping to break down decaying matter and aerate the soil, most species will be too large for a decorative terrarium.

Some critters will hitch a ride hiding deep within the moss and although it doesn't happen often, may be missed during the cleaning process. These include tiny spiders, moths, fungus gnats, beetles, etc. The good news is that none of these harm moss and are therefore only undesirable in the sense that they are an annoyance, or "gross" as some might say.

Fungus gnats are probably the most annoying because they can be plentiful immediately after hatching from microscopic eggs that hide in the soil. Since moss has no root system even fungus gnats, which feed on the roots of plants, are not harmful to your moss terrarium. But they do take several weeks to die off (from starvation) and can be unsightly. If they get stuck in the condensation on the glass they can be wiped away with a paper towel. Otherwise give it a few weeks and they should disappear on their own.

If you are having a very bad outbreak of gnats and want to rid your terrarium of them more quickly, the most effective method is to use small yellow sticky traps. The gnat will land on the trap and get stuck and die. You should be able to find them at any plant nursery and some hardware stores and big box stores in the houseplant section. The traps need only be left in the terrarium for a limited amount of time, perhaps a week or so,  and then can be removed.

Other insects such as those mentioned above (spiders, moths, beetles, etc) can be manually removed, or will eventually die off for lack of food. Snails and slugs are also harmless to moss and can be removed and placed outside.

NOTE: Never use pesticides on your terrarium because you will not only kill the insects but the moss as well.